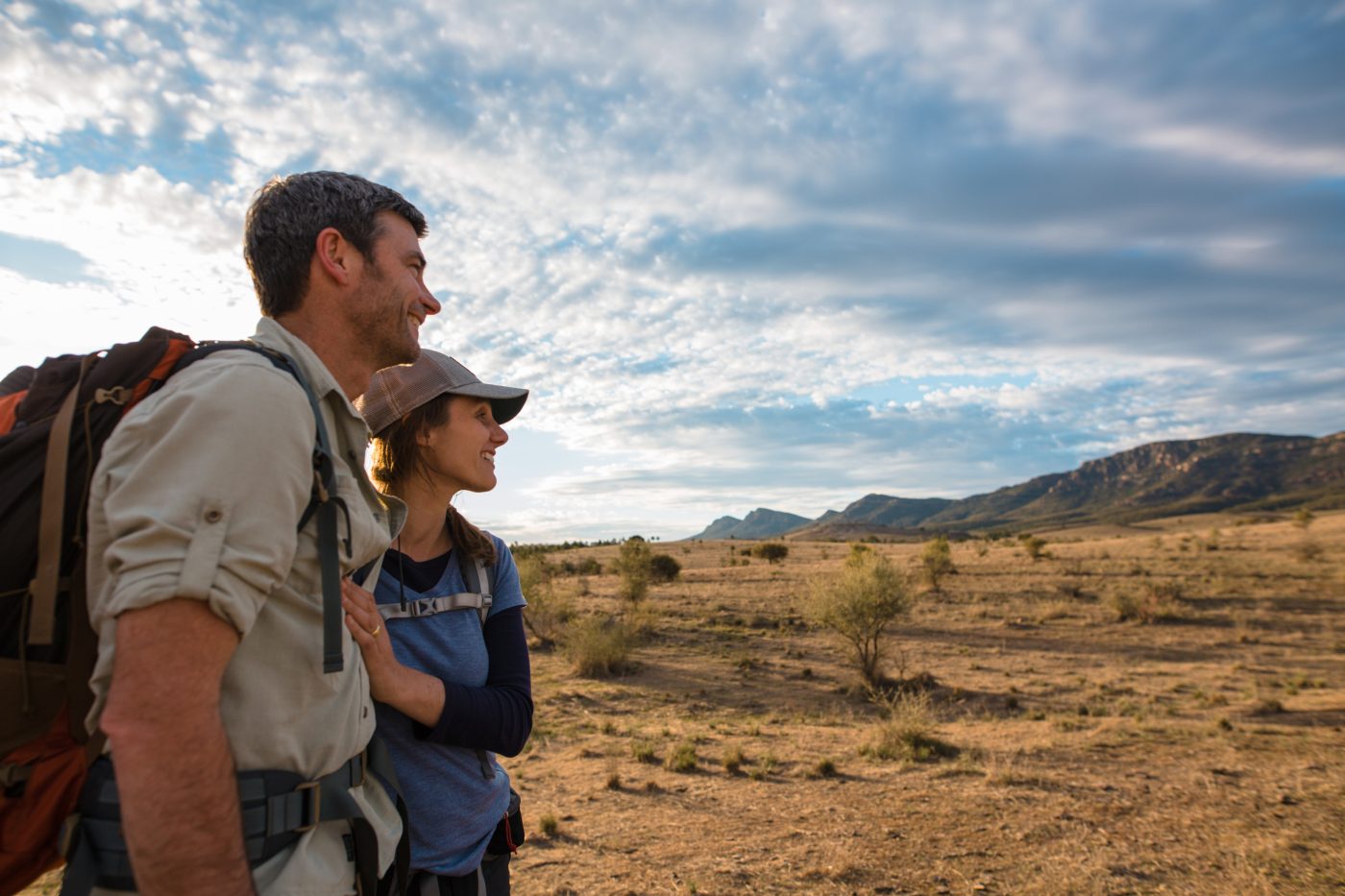 Now you might say we’re a little biased, to be encouraging people to go on walking tours round Australia. It’s almost the name of the company after all. On the other hand you could say we’re uniquely qualified for the job.

And as we all dust ourselves off from the latest lockdowns and COVID catastrophes, a good long walk in the wilderness may just be the tonic we need.

So if you’re thinking of getting out there, here’s a reminder of why Australia is such a fantastic place to go for a walk. And a few suggestions of places that, perhaps, you haven’t been before – and maybe now’s the time. Because if not now, when…

So if you’re not already a convert, here’s why Australia is such a great place to go for a walk.

1. There’s a huge variety of landscapes to immerse yourself in

From arid deserts to snowy mountains, rainforests bursting with life to stunning coastal cliffs, beautiful beaches and steamy swamps. Hidden valleys almost as big as the Grand Canyon. Alpine highlands to test your mettle. Long and glorious rivers. Salt lakes, pink lakes and blue lakes, whatever kind of landscape you can imagine, it’s all here in Australia.

And if you’re fond of the coast, you could do worse that setting off on an eight day walk along the Great Ocean Walk. Starting at Apollo Bay and finishing at the Twelve Apostles, you’ll take in some glorious beaches, cliffs and forests along the 104km length.

The forests that surround Cape Otway lighthouse near the start of the walk, in fact, are made up of Mountain Ash which are actually the tallest flowering plants in the world! You’ll see Kangaroos and more often than not, Koalas, as you wind to the end of Cape Otway, and the oldest lighthouse on the Australian mainland.

Your soundtrack in the background for most of the way, of course, will be the crashing waves that have travelled across from Antarctica, bringing the power of the southern ocean to bear on the very land you’re walking on. And if any evidence of their strength was required, you’ll see the Twelve Apostles at the end of the walk, have been reduced to eight.

Known, quite rightly so, as Australia’s premier Alpine walk, you’ll take in the majesty of glaciated valleys, ancient rainforests, soaring peaks and mountainous plateaus. Most of the walk is over 1000 meters so you’ll have to prepare for the cold, although the exertion and sheer exhilaration of the walk will certainly keep you warm. 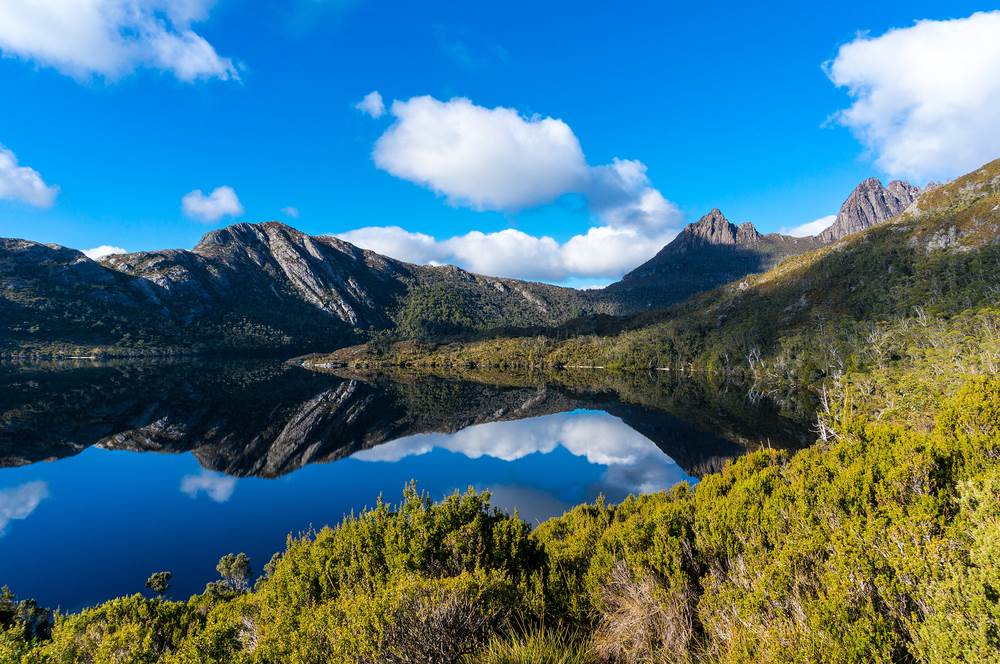 There is, perhaps, nowhere else on earth where you can so easily come face-to-face with the enormity of geological time, and our insignificant presence in the grand scheme of it all.

In Western Australia, for example, at Kalbarri National Park you can see tiny fossilised claw marks where giant scorpion like creatures were some of the first animals to ever scuttle out of the oceans. And staying in WA, you can literally see two billion years into the past at Karijini National Park, as you stare past the bands of iron into one of many layered gorges.

And if you’d like to walk through a place that permanently reminds you of how small you really are, and how little the earth cares about us, then one of the oldest geological landscapes in the world could be right up your street.

Less than five hours north of Adelaide you’ll enter the exotic, otherworldly Ikara-Flinders Ranges National Park. Bunyeroo Gorge, Tanderra Saddle, Rawnsley Bluff and the incredible Wilpena Pound are just some of the features you can explore, and most of them you can only get to on foot.

Wilpena Pound is probably the most recognised landmark of the Flinders, with its enormous ringed walls rising like the remnants of an ancient volcano, or a massive asteroid strike. Looks can be deceiving though, as it’s actually the remains of a mountain that used to stand taller than Everest itself. Behold, and be humbled.

One of Australia’s newest ‘long walks’, the Larapinta Trail, winds its way through the west MacDonnell Ranges in the Northern Territory. It’s 223 kilometres long through remote, rugged country. Takes anywhere between seven days to do the highlights of the walk or up to twelve days to do the complete walk.  The Larapinta has already made it onto lists of the best walks in the world.

You’ll delve into canyons that serpentine towards watering holes, traverse plateaus of Australia’s famous red dust, and if you’re up for it, wake up before sunrise one morning and climb to the top of Mount Sonder – the highest peak in the Northern Territory.

There’s sparse, unique vegetation and thirsty wildlife throughout, however the ancient landscape is the highlight of this walk. And those who’ve completed it say that sleeping out under the stars every night was a wonderful part of the experience too. Not the kind of place you want to get lost in, but certainly the kinds of place you can lose yourself in.

3. You can choose the climate you like, any time of the year

At the bottom of the Gulf of Carpentaria there’s a tiny little place called Karumba. There are crocs and crabs everywhere. And despite the fact it’s one of the best places in the world to fish for Barramundi, there’s only about 500 people living there.

Until winter time that is, when the population surges with the arrival of the grey nomads from all over the country, but mostly, as it happens, from Victoria. Escaping the cold and heading to warmer climes for months on end.

And that’s another great thing about walking in Australia, you can literally follow the weather to find the climate you like. Like it hot and steamy? Go north in summer time. Explore the Daintree Rainforest, or pretty much anywhere in Far North Queensland.

Hot and dry? Take your pick of the deserts. Prefer the cold? Go to Tasmania virtually any time of the year. It’s all here for the taking.

And if you like the snow? There’s only one place to go. The Australian Alps are the highest mountain range in Australia, and cover parts of Victoria, ACT and NSW. With a couple of months to spare, you could walk through the whole lot on the 700km Australian Alps Walking Track.

But most regular human beings can easily walk for a couple days, or a week through the most spectacular mountain scenery Australia has to offer. Now, granted they’re not quite as high as the Swiss Alps but they’re pristine, remote, relentless, and a wonderful place to walk for a while.

There are many wonderful things about Fraser Island, however if we’re talking about climate it’s almost always a good time to visit. With the temperature never below 14 in the winter, and never above 29 in the summer, it’s a nature lovers paradise at any time of the year. In fact the Aboriginal word for Fraser Island – K’gari – literally means Paradise.

Many people take their 4x4s to Fraser, the largest sand island in the world and the only place on earth a rainforest grow on sand, but if you go by foot you’ll get a lot more out of it.

Like visiting the Valley of the Giants. Where you’ll wander round four metre wide buttressed roots of enormous Satinay and Brush Box trees that have been growing for over 1200 years.

There’s always something new to find at Fraser, no matter how many times you’ve been.
And as the Queensland Tourism Campaign used to say, it’s ‘beautiful one day, perfect the next’. And they were spot on.

– Australia is the driest inhabited continent on earth

Where to begin with the extraordinary wildlife, and unique branch of evolution that Australia’s isolation has blessed us with. The main factor when we broke away from the rest of the world was a lack of mammals, allowing marsupials to become prominent unlike anywhere else. Roll forward 180 million years ago and you’ll find 46% of birds, 69% of mammals, 94% of amphibians, and 93% of reptiles that live here, can‘t be found anywhere else on the planet

And on the fauna front, unique is almost an overused cliché in Australia, but it’s true nonetheless. The Daintree rainforest, for example, is the oldest rainforest on the planet with untold unique, and undiscovered species lying hidden wait. Even Sir David Attenborough called it ‘the most extraordinary place on Earth’, and he’s certainly qualified to make the call.

Now if we’re talking about hidden species, you can’t get any more incredible than the Blue Mountains, and the discovery of 100 or so Wollemi Pines by a lucky bushwalker only 28 years ago. Thought to be extinct, the Wollemi Pines are the oldest and rarest trees in the world, and palaeontologists reckon dinosaurs would have been munching on their leaves 100 million years ago.

The Blue Mountains also happens to have the greatest variety of Eucalypts anywhere on earth, and only a couple of hours from Sydney it’s an incredible place to go for a day walk, a weekend or a lot longer, if you like. Even Charles Darwin has been walking in the Blue Mountains, so you’re in good company! 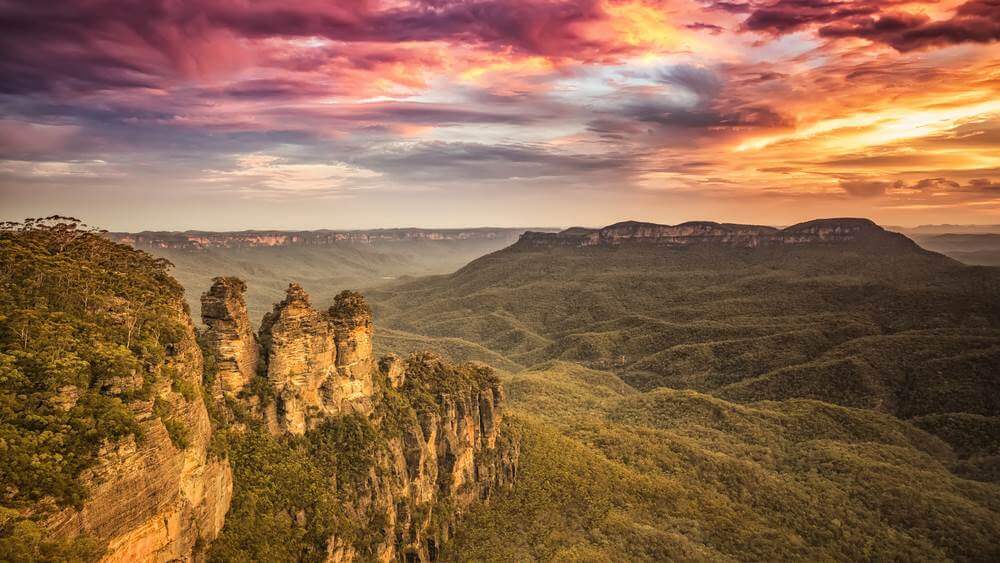 Even more isolated, of course, is Tasmania, where the natural environment is part of everyday life, and there’s wildlife that can’t even be found anywhere else in Australia.

The walks in Tasmania are plentiful, but if you’ve never had the pleasure of walking round the Tasman Peninsula and taking in the three capes, then put it on the list. With four days to spare, you could marvel at the highest sea cliffs in the country as you walk to Cape Raoul, Cape Hauy and Cape Pillar – and keep your eyes open for an Eastern Quoll or a Tasmanian Devil. Both pretty elusive, but they’re here, somewhere….

190 million-year-old dolerite columns rise from the ocean, and you’ve always got a sea view on this walk – even if you feel like you’re a long way, from everywhere….

5. Discover the oldest living culture in the world

Everywhere you go in Australia, no matter how remote, there are signs of Aboriginal people having been there tens of thousands of years before you. Tuning into this, learning about it and seeking it out is another one of the real delights of walking anywhere in this country.

Whether it’s rock art at Ubir up in Kakadu, red hands on a cave in the Blue Mountains, or middens in Wilsons Prom National Park, there’s always something learn from the Aboriginal people, and the way they lived in harmony with this land for so long.

So whatever it is you’re looking for, it’s here, waiting for you in some part of the most isolated, wonderful and amazing continent on the planet. Oh well, yes, of course we’re biased, but hey – go and find out for yourself,

But what are your thoughts?  We’d love to hear from you below if you have walked any tracks that you felt were truly inspiring. 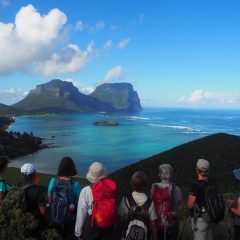 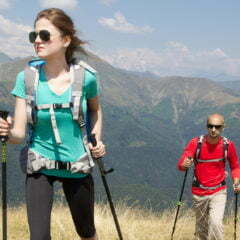 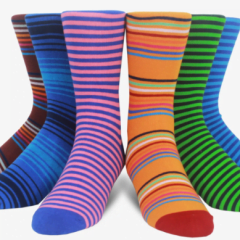 Everything you need to know about hiking socks

Everything you need to know about hiking socks