Wild Animals of the Larapinta Trail

For one of the most isolated places on earth, the Larapinta Trail has a surprising amount to offer those who make the effort to get there. For now, we’re going to focus on the wildlife you might encounter as you traverse the spine of the West MacDonnell Ranges, in the very centre of Australia. 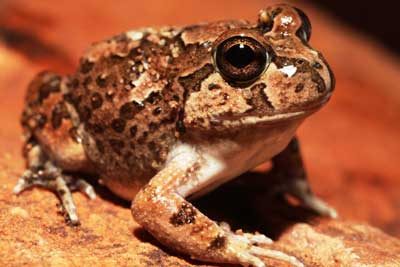 You’d be unlucky to run into a downpour walking the Larapinta, on the other hand, you might get to see, and hear, an Army of Spencer’s Burrowing Frogs.These short, round, well-camouflaged amphibians survive in the desert by burrowing under the ground for months on end. They go into temporary hibernation, shed their skin and only appear again when a downpour arrives.

They emerge, make an awful lot of noise and then mate. Leaving their spawn in puddles, with the tadpoles taking only 60 days to develop into frogs.

Frogs eat with their eyes! They swallow their food whole, and then hold it in their mouths while their eyes push down, crushing the food to help them digest it.

And speaking of eyes, you’ll have to keep them peeled if you want to spot a Black-flanked rock wallaby. Standing only 50cm tall, these little marsupials spend all of their time hiding under rocky outcrops – as you would, no doubt, if you lived in the MacDonnell Ranges.

They have textured pads on their feet, kind of like running shoes to help them hop around the rocks, and although they’ll bake in the sun occasionally they generally come out at dusk to graze.

They’re difficult to spot because they’re diminutive and shy, but also, because there are not that many left. Currently listed a Vulnerable, and Near Threatened, they’re at risk because of foxes, feral cats and habitat destruction, and they’re a WWF Australia priority animal.

There’s a community of them at Simpson Gap, however, so that’s your best chance to see one. Good luck! 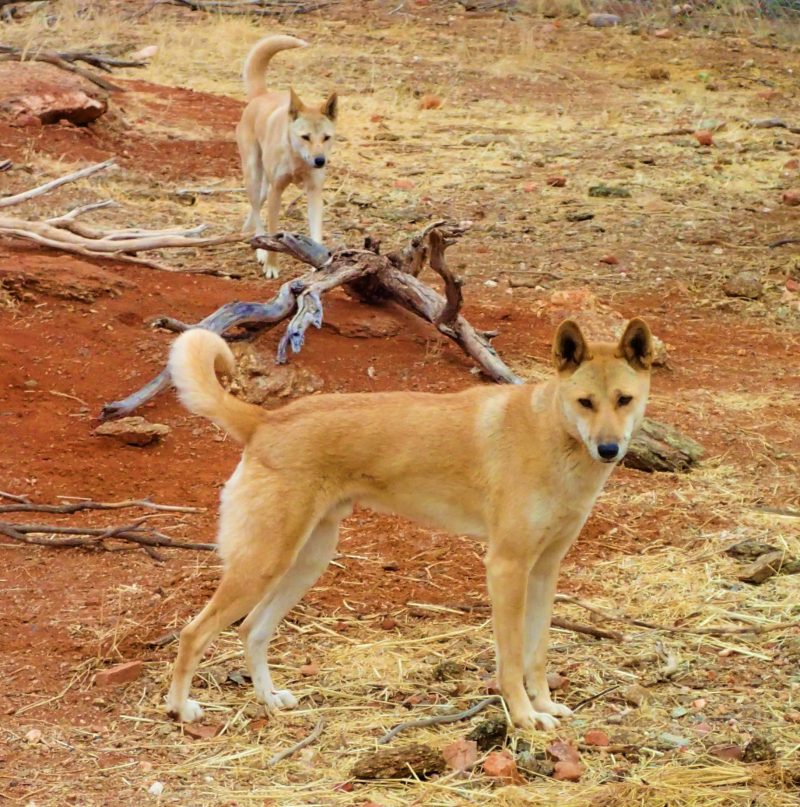 Although research suggests Dingoes may have been in Australia for up to 18,000 years, the earliest fossil records date from 3,500 years ago, and it’s generally accepted they’ve been here for at least 4,000 years.Regardless, they’ve been here long enough to be considered native, and have made their way into the spiritual and cultural heritage of many Aboriginal communities.

They’re thought to have arrived on Australia’s northern shores, brought here by seafarers from Sulawesi, however, can be found all over the continent now.

Although their population is around the 200,000 mark, the Dingo is listed as Vulnerable due to interbreeding between Dingoes and domestic dogs, potentially leading to the dilution of the race, and extinction of the sub-species.

Public opinion on Dingoes is varied. They’re protected in some states, seen as pests in others – yet, as Australia’s largest carnivore, they always provide a thrill when you see one in the wild.

Dusk and dawn are usually good times to catch a glimpse, as they’re out hunting wallabies, wombats and any other animals they can find.

The Latin name for this lizard might give you a hint of what to expect, the Varanu giganteus is indeed, gigantic. Growing up to 2.5 meters long it’s Australia’s largest lizard, and the fourth largest lizard in the world.

Being a goanna, it has a forked tongue that constantly flicks like a snake, picking up scents before tracking down prey. Which could be, basically, anything it wants. From mice to rabbits, cats and dogs, even the odd lone Dingo.

They’ll generally try to stay hidden from people, but if they feel threatened they’ll rise up on their back feet, supported by that large tail and make a loud hissing noise. Quite the sight, and enough to make anyone retreat from their current path.

Unlike other lizards, goannas can’t grow their limbs back, so be careful not to step on their tails. 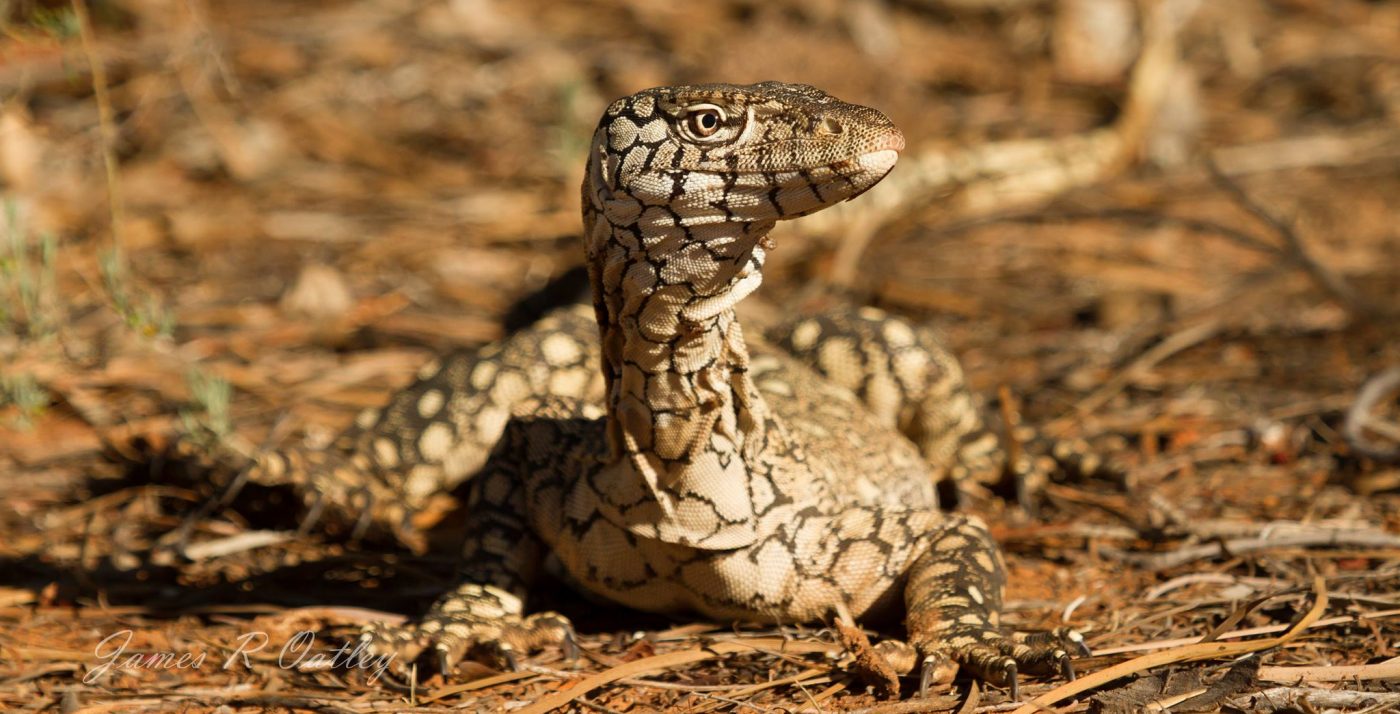 Yes, you read that correctly, fish, right here in the middle of Australia. Found in some of the semi-permanent waterholes or creeks, like Birthday Waterhole or Ellery Creek, this colourful little fish is responsible for most of the waterbirds that are attracted to the area too.

The males are either purple or bluish green, and the females are a sparkling silvery colour, with clear fins. They’re a schooling species, so you’ve got a good chance of spotting them just beneath the surface. You’re not allowed to eat them though, so don’t bother with your fishing rod.

If there was ever an animal that divided opinion, it’s Australia’s wild horse, the Brumby. Much like the Dingo they’re seen by some as a pest, however others see them as a symbol of freedom, and a link to Australia’s heritage.

Descendants of the horses that came over with the European settlers all these years ago, they’ve bred, and spread all over the country, ravaging the environment as their numbers grow.

Massive ‘mobs’ roam all over the Northern Territory, and they’re culled on frequent basis in places like Kakadu National Park. Lesser numbers are to be found in the West MacDonnell ranges, but you might find one quietly taking a drink at a watering hole, while you’re dipping your toes to cool off.

Australia’s largest bird of prey can often be seen circling above the Larapinta Trail, swooping down now and again to grasp a lizard with their powerful claws. They actually have bones around their eyes that can move, and change the shape of the eyeball, effectively turning them into zoom lenses. A handy trick indeed.

If you get close they’re impressive beasts, with a wingspan of up to 2.8 metres, and a distinctive hooked beak ready to tear lumps of flesh off whatever they catch. 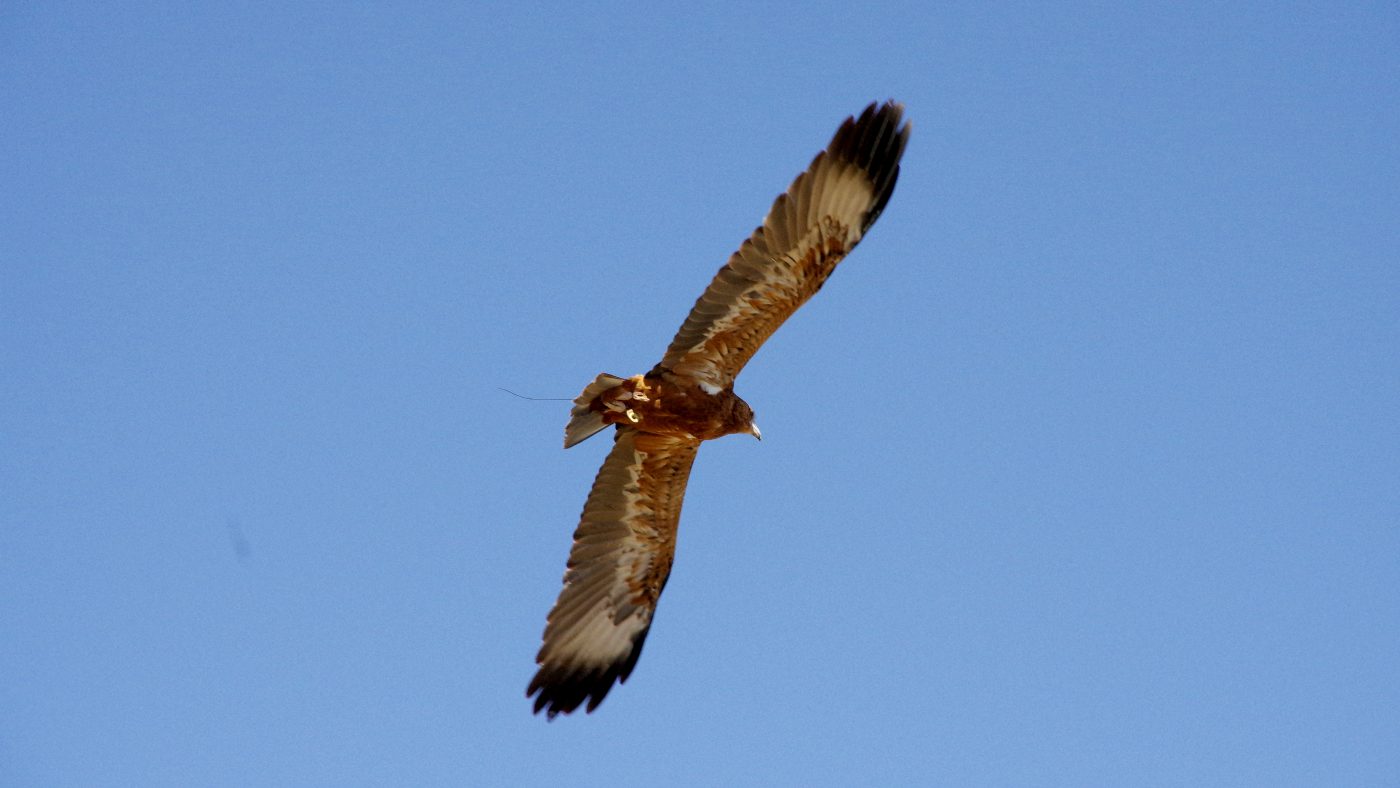 A medium sized, ground dwelling dragon lizard that you might see standing up like a meerkat at the side of the trail. They do this to help regulate their temperature, with their back to the sun to gain heat.

Or you might witness an odd series of head bobs, push-ups and feet being lifted, which is the dragon lizards’ way of communicating.

Either of these sights are a delight to watch when you come across them in the outback, but they’re well camouflaged so once again, you’ve got to keep your eyes peeled. 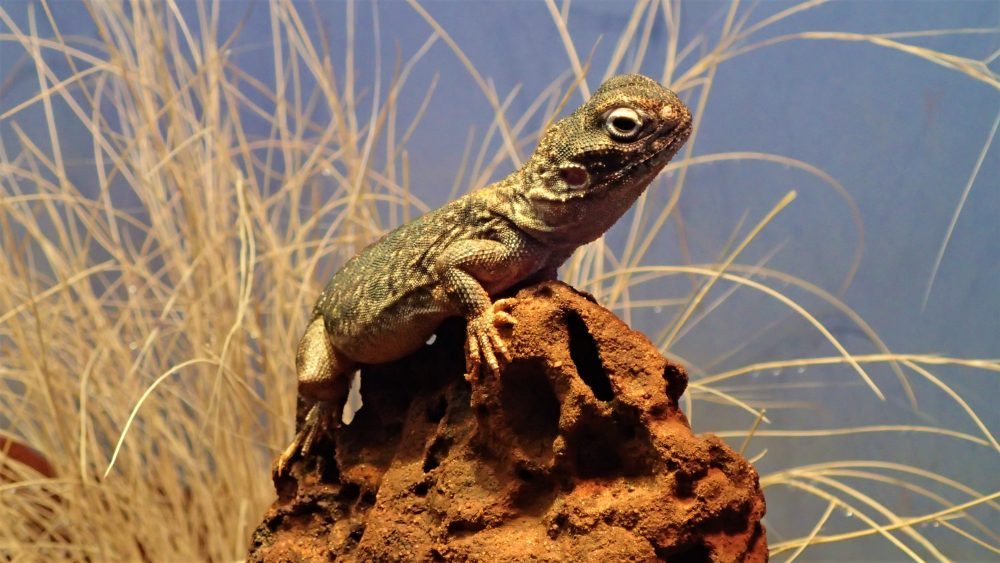 There are obviously a lot more animals to be found along the Larapinta Trail, however we’ve tried to give you a representation of the diversity of life in the region.

Have you walked the Larapinta? Did you see any of these animals?

If you saw anything else, please let us know in the comments below. Thanks!